If you’ve been waiting the past two years like I have for Stranger Things Season 4 you’ve probably binged watched Volume 1 already and have finished the 7 episodes.

Stranger Things Season 4 Volume 1 didn’t disappoint it has been well worth the two year wait. The aesthetics, the cast and characters we’ve grown to love over the past three seasons, and amazing soundtrack.

The soundtrack hasn’t disappointed because right now on almost every music streaming platform the song “Running up the hill” by Kate Bush is the number one song to listen to.

We’re brought back into Hawkins everyone is in high school and while some of the crew is separated the action starts rather quickly mid episode 1. The first thing we see is the return of Papa, who ran the Hawkins lab which Eleven escaped from in season 1.

We meet some new characters, Eddie (Leader of the Hellfire Club, aka dungeons and dragons game group), Chrissy, captain of the cheerleading squad, and her boyfriend, Jason who is captain of the basketball team. Lucas has joined the basketball team this year and does very well. Max mostly keeps to herself as she’s still grieving the death of her step-brother Billy from the past season. We even meet her mother and where they’ve relocated after finding out Billy’s dad left. Mike and Dustin are part of the Hellfire Club and even bring Lucas’s sister, Erica into the club to defeat Eddie at their DnD tournament. Steve and Robin still work together at the video store while Nancy works on the high school newspaper.

We then see in sunny California where Joyce now sells encyclopedia’s from home, while Jonathan is a senior in high school, Will and El (Jane) are in the same class but El is experiencing some bullying and it’s been odd without her powers. Hopper is still a prisoner in Russia and doing everything he can to survive. After Joyce receives a mysterious package from Russia she calls her friend, Murray who then travels to California to see what Joyce received.

I’m not going to giveaway spoilers but our gang who isn’t all together does eventually come back together. It is an epic seven episode ride! I’m totally excited to binge the rest of Season 4 Volume 2 which will be released at 3:00 am July 1st on Netflix.

Season 5 has already been announced as the final season of Stranger Things. Thank You DUFFER BROTHERS! Thank you Netflix! Thank you to the amazing cast!!!!

Enjoy and get your binge on!

This site uses Akismet to reduce spam. Learn how your comment data is processed. 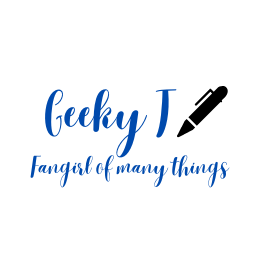 Where a little insanity goes a long way

Tales from a collared babygirl

Welcome to the Candii club,

Memories from our Childhood, keep only the "good ones", just like Candy

Everything You Need to Know About Horror

My Tales of Parenting and Other Crap

Journey to become a strongwoman

Tales From the Snark Side