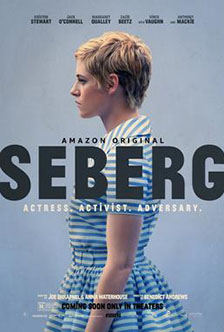 January 3rd, 2020 Amazon released the movie Seberg which is about Jean Seberg who was an American Actress who did movies in France and later in her career she had dealings with the FBI after she started joining the Black Panthers and got involved with one of their leaders.

Kristen Stewart will play the main role of Jean Seberg which i’m actually looking forward to seeing this movie.

I think that throughout the years Kristen has become a better actress overall. I know so many made fun of her acting in Twilight. Honestly come on she was a teenager and Bella was really quirky and stuff throughout the books and to me Kristen was okay. I still watch the twilight series every year at home.

This site uses Akismet to reduce spam. Learn how your comment data is processed.

Where a little insanity goes a long way

Tales from a collared babygirl

Everything You Need to Know About Horror

My Tales of Parenting and Other Crap

Journey to become a strongwoman

Tales From the Snark Side